Review: Even Money (All In Duet # 1) by Alessandra Torre.

Sometimes it only takes a minute. A connection of eyes across a room, a quickened heartbeat, and everything changes.

I was a cocktail waitress with a fondness for partying and meaningless sex.
He owned half of Vegas, with the reputation to match.

I should have turned away. Instead, I stepped closer.

Then, the lies started.
Rumors spread.
Stalking commenced.
And someone died.

None of it stopped me from falling in love.

OMG! Alessandra Torre surprised the heck out of me with this book.  I did not expect this kind of genre from her.  I love all her stories and this one is a gem.  Bell is a cocktail waitress at The House – fun, carefree, sassy, single and ready to mingle with no string attached.  Dario is an uber powerful casino mogul who owns half of Vegas.  Dario is all broody and alpha.  He gets what he wants and he wants Bell.  One gaze across the room and their lives forever changed.  Bell should have run for the hill but instead she moved closer to the fire.  There is no denying the pulls and the incredible chemistry they have toward each other.  And so … let the chase begins.

I love everything about this book – suspenseful, passionate, sexy.  I love the depths of each characters, the slow burns, the forbidden romance, and the intriguing storyline.  This book got me totally hook from the beginning until the end with all the twists and turns.  I was literally on the edge of my seat waiting for what is going to happen next.  But then the ending – Holly Mother of all cliffhangers.  OMG!!!! I need book two now.  I think it’s going to be EPIC!!! 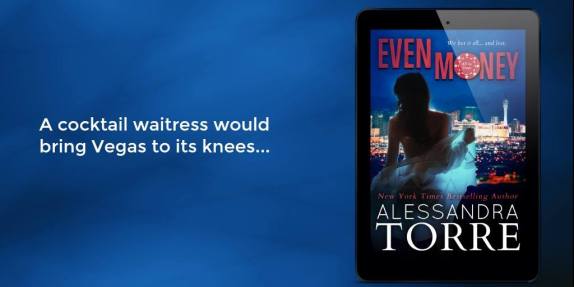