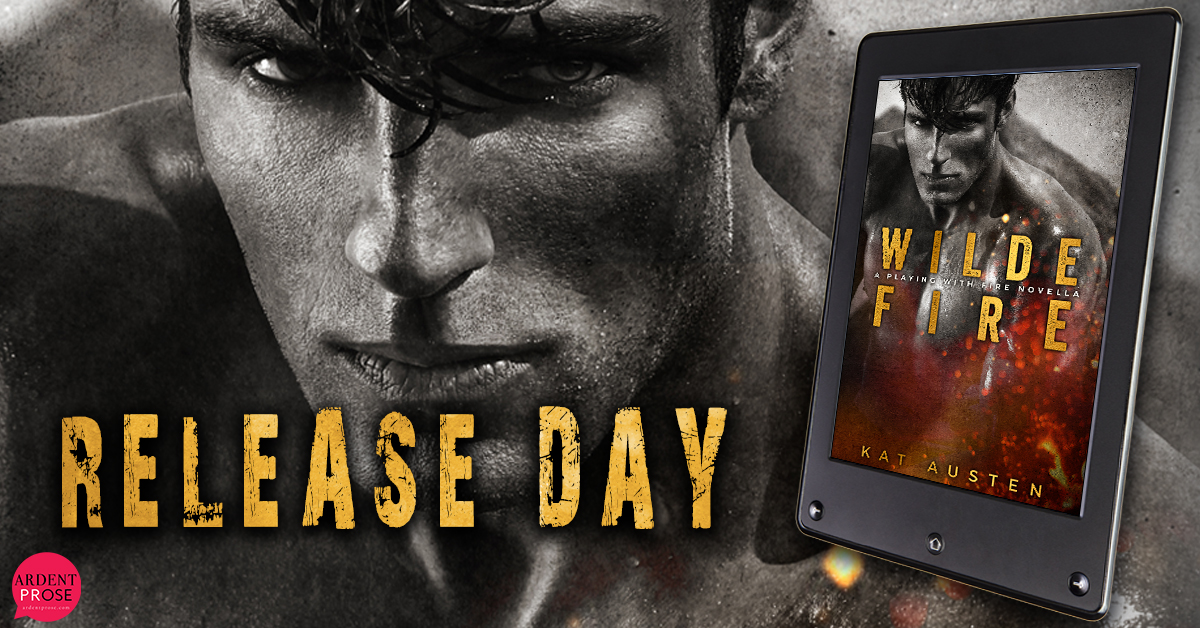 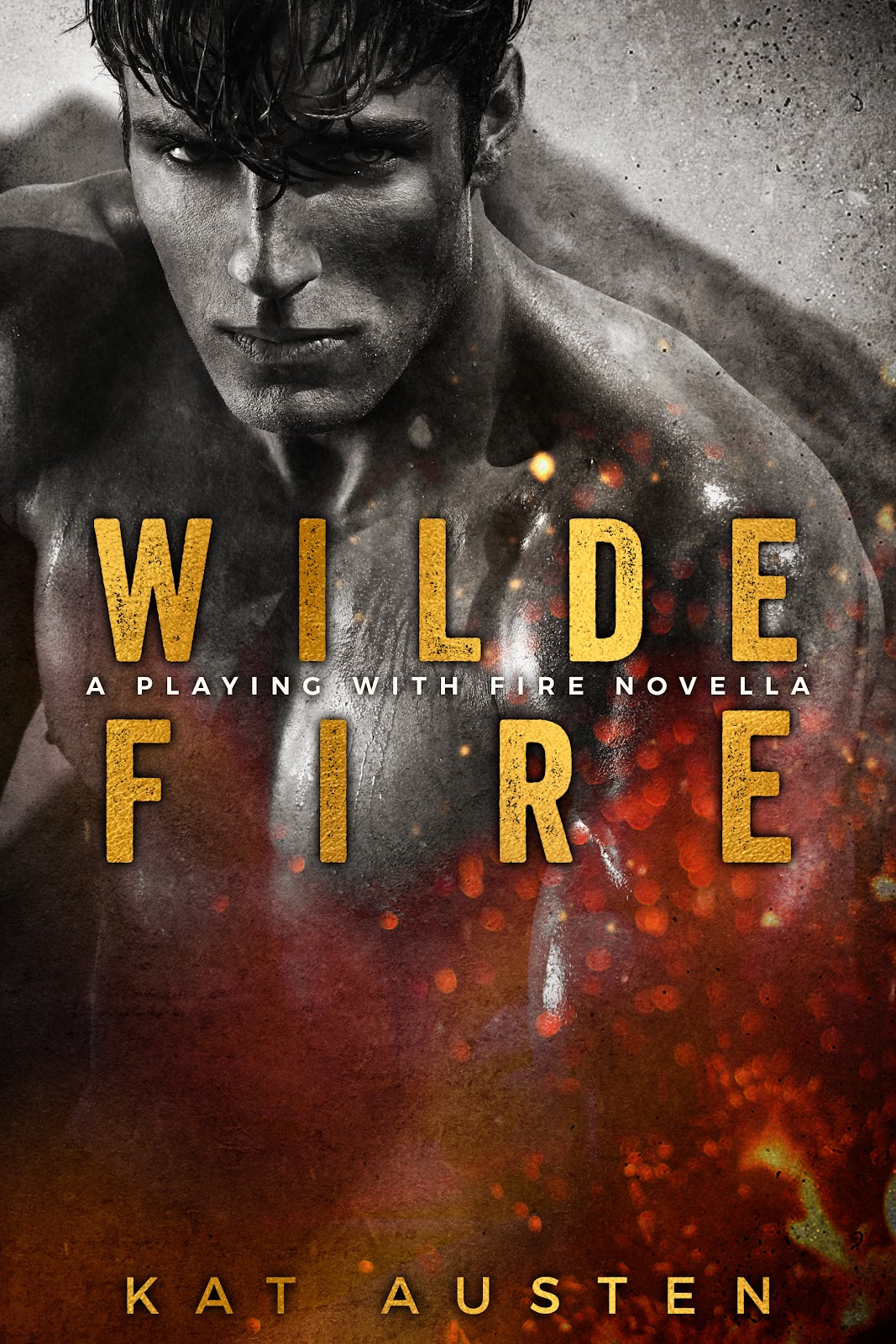 As a boy, he was like an older brother to her.

As a teenager, he became her secret crush.

As a man, he’s her target and she’s determined to get him out of her system once and for all.

Jake Wilde doesn’t live a tame existence. He never has. He never will.

His career as a smokejumper in Alaska? Dangerous.

His stance on commitment? Never happening.

But when the girl from his past shows up at his door as a woman, Jake Wilde is about to learn a valuable lesson. Never, ever play with fire . . . unless you’re looking to get burned.

I was smiling to myself when I broke into the room. I had him. The sweet, innocent act wasn’t going to work on the likes of Jake Wilde. He was a hunter. It wasn’t much sport to chase the mewling timid lamb. But game on when the prey was a sleek, powerful leopard.

The room looked like a big rec room, where the smokejumpers probably did everything from eat meals to watch movies to play board games. Right now, most of them were stuffed around a table playing what looked like poker. When they saw me, they lowered their cards to the table and diverted their attention.

“We weren’t expecting the Playboy centerfold visit until next month,” the pretty blond one with perfect white teeth piped up first, rising from his chair. “But I’ve always been a fan of surprises.”

I kept the eye-roll to myself. No need to offend anyone in the first minute I was here. I usually saved that for day two. “I’m Bree Chase. I’m here to write an article on the smokejumpers of Alaska.”

Blondie’s brows came together, like I’d just spoken gibberish. A few of the younger guys were too mesmerized by my rack to hear anything, and the rest were kind of just staring at me like I was going to be their next spank girl.

I’d changed into something more conservative than what I’d showed up in to Jake’s place, but most of them were still looking at me like I was standing in front of them naked, stroking my clit with one hand and my breasts with the other.

I should have been used to it by now, but it still surprised me how much power women had in this world. We could have totally ruled it if we wanted to. But we were too smart for that.

One of the older guys stood up and moved toward me. He was staring at my face, possibly the only one in the room doing so. For as flat as I’d been in high school, the fairy godmother of Venus waved her wand my direction the summer after graduation. My boobs had swollen to the point that jogging was just too uncomfortable to do with any regularity, and my ass had popped too. It made clothes shopping a nightmare, and made being introduced to a guy and having him look me in the eye an impossibility.

The curse and blessing of being a woman.

“Miss Chase. Of course. Glad you’re here, and just ignore these guys. They’re animals. They do one hell of a job fighting fires, but we don’t let them out of their cage much other than that. They’re a menace to society.” The older guy was rewarded with a chorus of jeers and poker chips flying his way. “My name’s Jim Conway, but around here, I’m called Captain.”

I liked this guy. He could shake my hand, introduce himself, and look in my eyes. “My name’s Bree Chase, but wherever I go, I’m known as the ballbuster.”

When Captain chuckled, the corners of his eyes creased. “Well, boys. You heard the lady. Who wants to get in line first to get their balls busted?”

I’d never seen grown men move so fast. In less time than it took me to tame my smile, every single guy was standing in a straight line in front of me.

I was about to point my pen at the first one in line—go figure, it was Blondie—when someone powered up to the front of the line and shoved everyone back.

“Well, Miss Chase, looks like Jake’s up first.” Captain winked at me, slugging Jake’s arm as he headed back to his hand of poker. “Think you can handle him?”

Jake shoved the rest of the guys pushing on him, making their complaints for his cutting in line known. He was acting possessive. Protective. Almost jealous. That was a good thing. A sign he didn’t like the idea of sharing me or my time with any of these other guys.

When Jake looked down at me, I cocked an eyebrow. “I know I can handle him.” 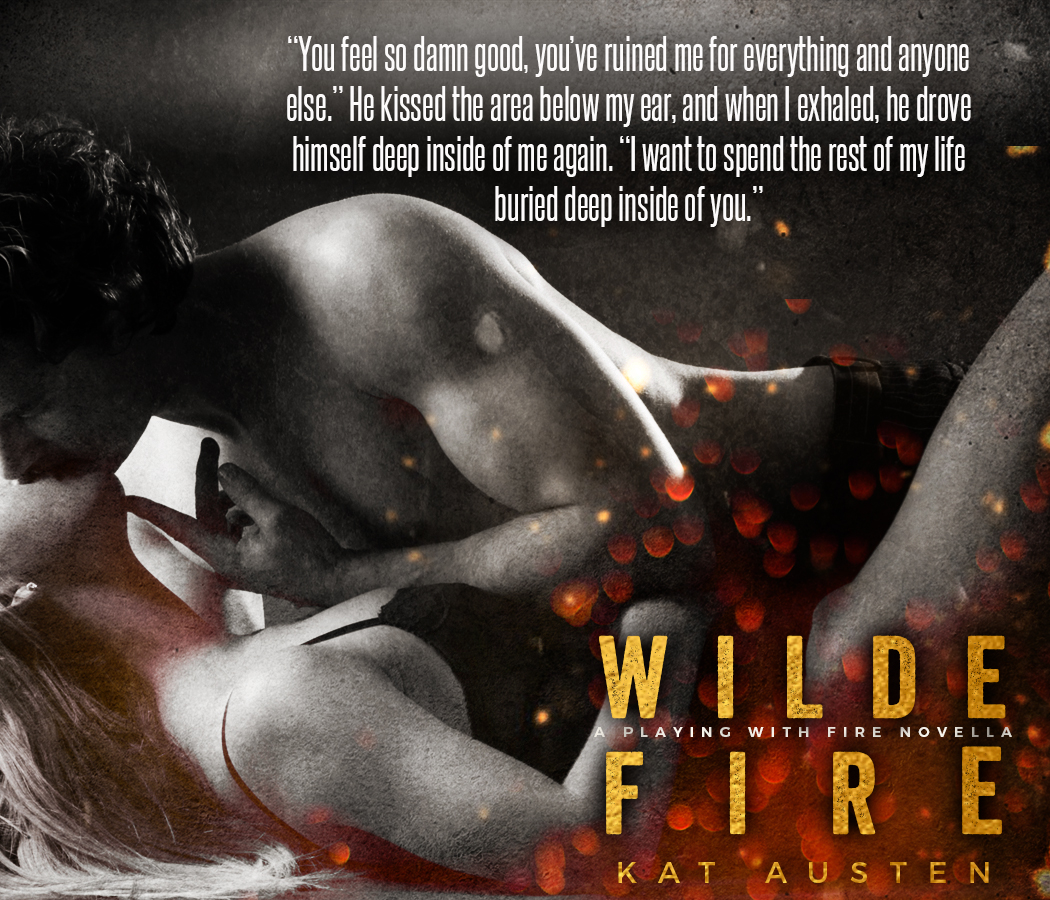 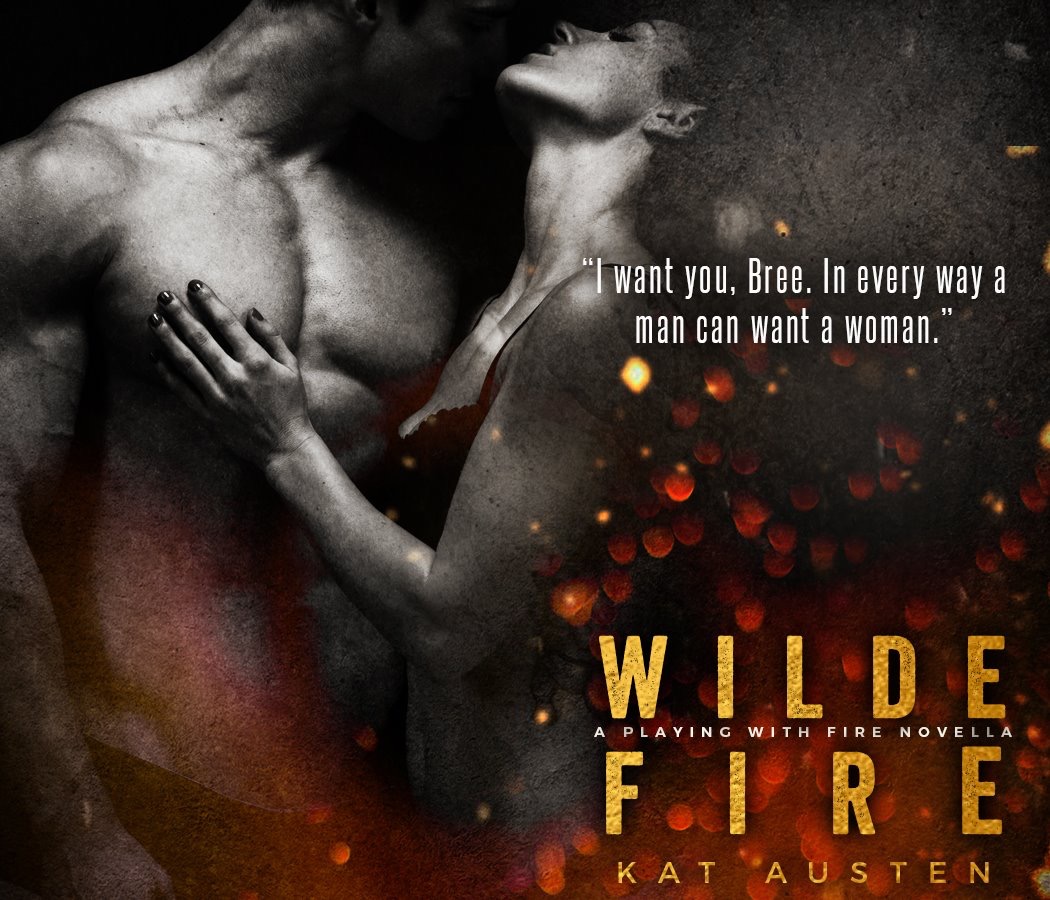 Kat Austen is the secret pen name of a New York Times and USATODAY bestselling author. Kat writes short and steamy reads that leave hearts (and other parts) satisfied.