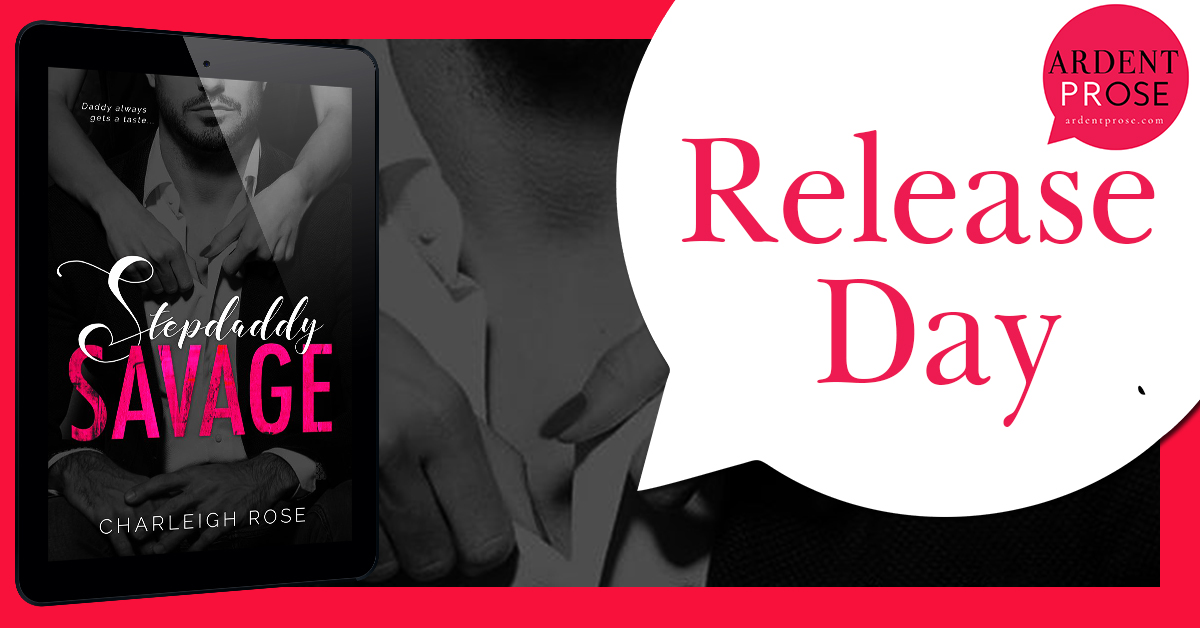 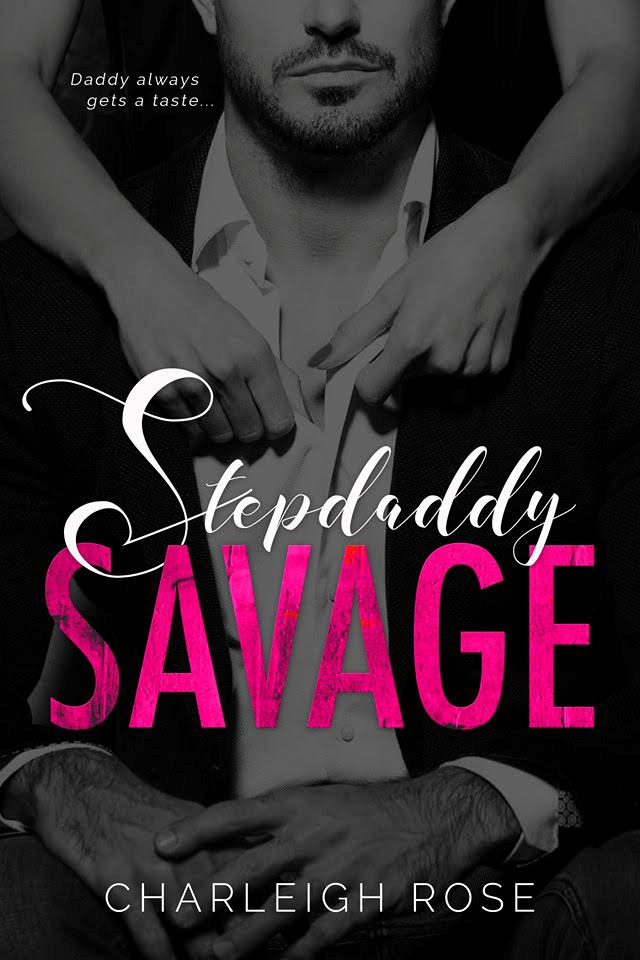 Stepdaddy Savage is a smutty Taboo novella featuring an over-the-top alpha. Read at your own risk.

You do not say no to Graham Savage, because Graham Savage doesn’t ask. Just like his name suggests, he takes, and right now, he believes I’m his.He is a cold, calculated, ruthless, formidable Irish mobster, and… my step-dad.Regardless of the fact that it’s nothing more than a business transaction, he’s technically married to my mom. Even still, I find myself scared to be caught, yet even more terrified of being cut loose.They say love is like a butterfly…well, we are about to prove to the world that it’s also like a punch in the face. Sometimes inevitable…and always painful.

Care to explain what the fuck you’re doing in my club?” He leans on his desk, looking casual yet somehow frightening. His eyes, green like lime, shine with a hint of danger in them, and his lips purse.“I wanted to…I dunno, to unwind. Have some fun.” I shrug, looking down.“Be specific,” he orders.“I wanted to drink and dance,” I admit through gritted teeth, feeling myself blushing again and hating myself for it. “And Jersey is small and I didn’t want to bump into my usual high school crowd. All the seniors are going to stupid house parties, which I don’t like. I knew I could probably sneak into this place because it’s so…” Full of underage bimbos, I’m tempted to add, but I don’t. “It’s New York,” I heave a sigh, shrugging with one shoulder.“I knew we’d eventually get in somewhere.”“Drink and dance?” he repeats coldly.I doubt Graham has ever danced. I know he drinks but he seems to be too icy and calculated to do something as fun as dancing. I offer a little nod, feeling a tad less scared but a lot more intrigued. He turns to the wall behind his desk. There are long shelves full of expensive liquor behind his desk. They cover up the whole goddamn wall, to be exact. With his hands knotted behind his back, he examines the liquor like it’s the most fascinating thing in the world before plucking one full bottle of scotch. He takes out four shot glasses from the drawer in his desk and places them in a straight line. After which he unscrews the cap and pours the alcohol into all of them with the skill of a bartender.I flinch. Is he going to get drunk in front of me just to show me that he can and I can’t? What a douche.A hot douche, my brain corrects, quite unnecessarily.He is my step-dad. I shouldn’t even think about it.“What song did you say was playing? The one I should have my DJ fired for?”Oh, shit. He is definitely smirking. And hot damn, he has a dimple. Just the one, on his left cheek. He is so perfectly imperfect. This is not looking good for me. I’ve lived with this man for three years and I’ve only just noticed that he has one dimple. I love dimples, goddammit.“My Boo by Ghost Town.” I swallow. I actually really like that song, but it’s so nineties.Graham plops down on his executive chair and rolls himself toward the giant Apple screen. He taps his keyboard a few times before the familiar song starts blasting through his speakers. Then, he leans back on his chair and stares at me closely.“What?” I ask, knowing that my eyes are wide and that I look, in all probability, like a deer caught in headlights.“Dance. Drink.” He moves one of the full shot glasses across the desk and in my direction, some of the liquid spilling over the expensive oak. “That’s what you’re here for, no?” 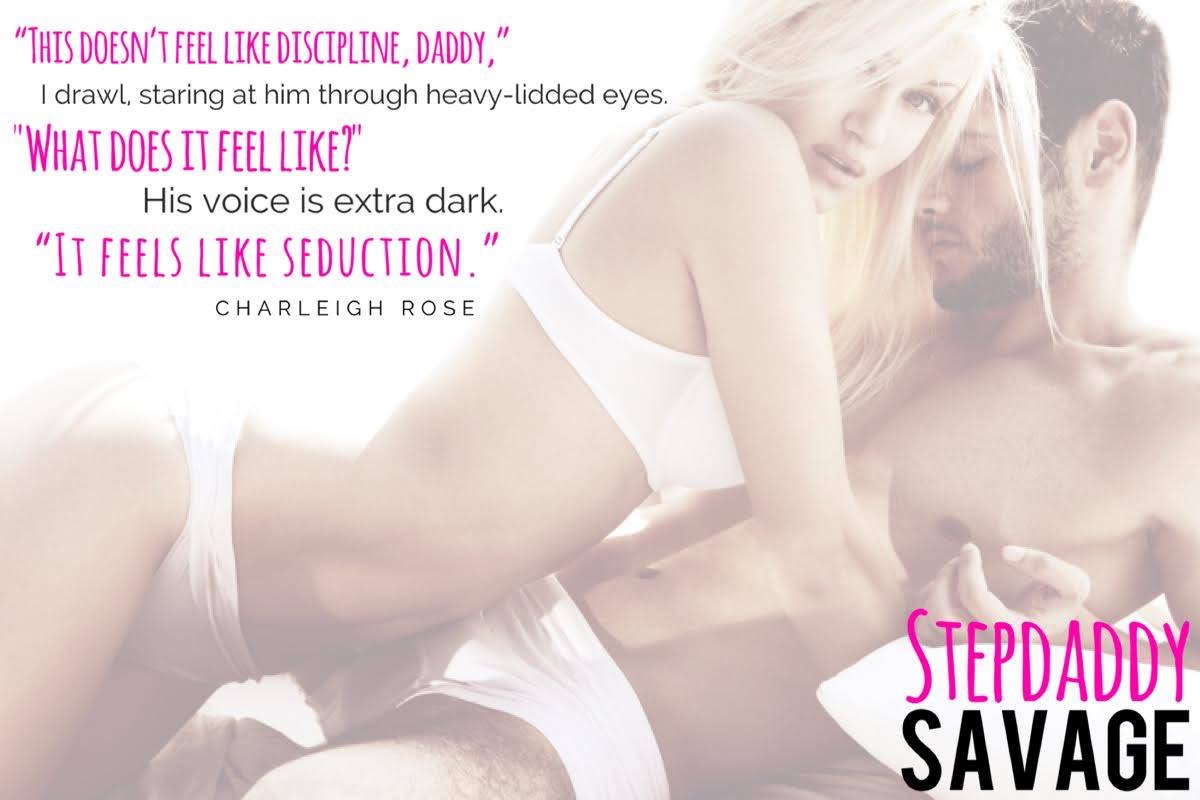 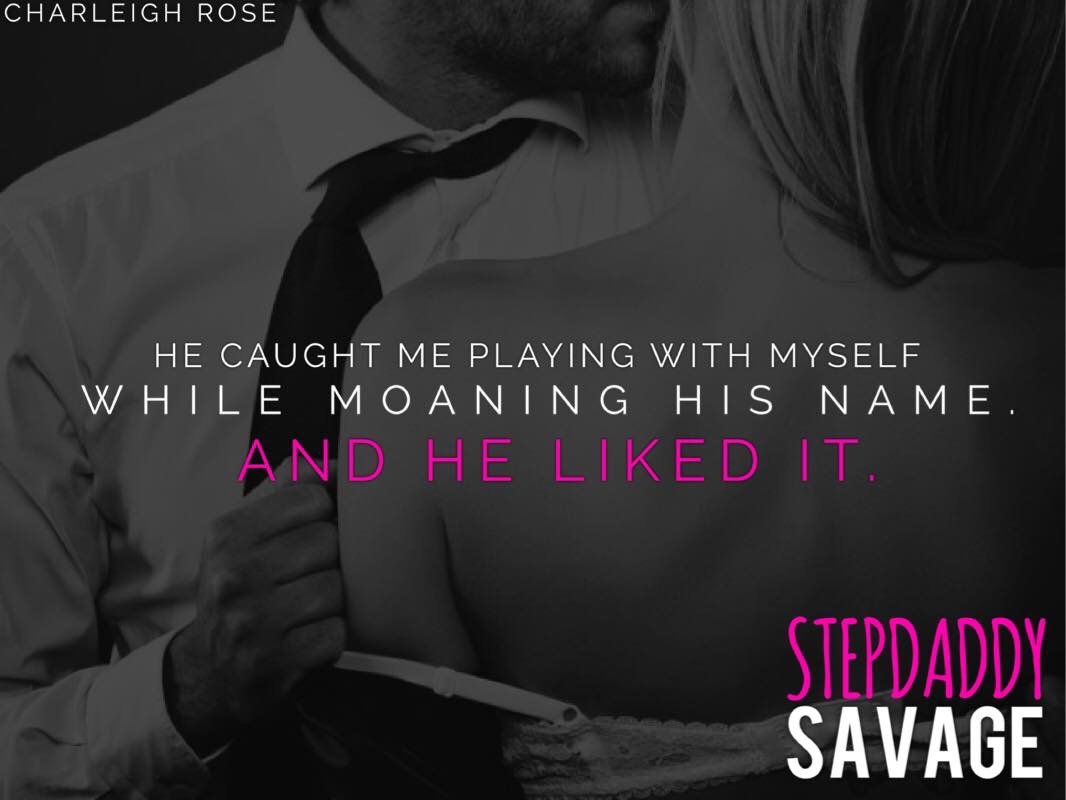 A secret duo of romance authors who teamed up for the sake of fun, sexy smut. Our philosophy:1. Our heroes should always be so alpha, you won’t be able to read them in public.2. Heroines will always be sassy, strong and take zero sh*t from their men.3. Taboo, dark, twisted, weird, bizarre and original. We won’t give you what you’ve already seen a million times before.4. The sex will be explicit, hot, smutty completely insane. Make sure your door is closed and you have a toy around when you read us.We’re dedicated to fulfilling your fantasies and to having fun with each other. We created this pen name so we can play around with our readers and each other (naughty naughty). Buckle up and join the ride!