Wohooo!!! Just finished Fate, the last of the Trinity series and I have to say this is my favorite of all five (all can be read as standalones).  Audrey Carlan really did the final book justice.  An emotional, heartfelt second chance romance – believe in fate and all your dreams will come true.

This last novel is about Kat and Carson.  Three years prior, Kat was injured in a fire.  She was scared physically but the emotional damage was far deeper.  It’s what destroyed her love for life, families, friendships, and Carson – the only man she ever loved.  Kat struggles to live a normal life but one year after the fire she said her final goodbye to Carson and set him free.  Carson was heartbroken – he moved on with his life the best he could, bedding his way to women but his heart never settled with anyone.  The moment Kat and Carson came face to face for the first time since the breakup, all the familiar flames and emotions came rushing back.  The hunger and love Carson had for Kat never ceased after all those years.  Kat also realized her feelings for Carson were as strong as ever but is it too late?

One intimate dinner and several drinks later, Carson ends up in Kat’s apartment.  They spend one sizzling night together making up for lost time.   The next morning, everything went to hell.  Carson’s recklessness came back to bite him in the butt and he now has a much bigger problem to deal with in a form of “fake tits insane baby mama.”  Can he win back the love of his life?  Will Kat able to accept Carson’s mistake or will she once again give Carson up?

In Fate, a love story between Kat and Carson is a central plot but there is also a surprise twist, drama, and suspense.  Just when Carson thought he won Kat back, Carson found out some news that changed his life forever.  Carson always felt like he was taking one step forward and two steps back with Kat.  It has taken a long time for Kat to come to terms with her accident and finally embrace the new Kat.  The last thing Carson wants is to hurt Kat again.  I have to say, I was expecting Kat to respond way different to the news, but I am admiring the way she dealt with Carson – she was very sweet, understanding and supportive of her man.  I like Kat and Carson’s relationship development.  They are passionate for sure but they have grown leaps and bounds into a more mature, trusting partnership – that’s amazing to witness.

I was excited to see a bit more of the other soul sisters and their husbands.  I especially love Chase – what a swoony hero.  This book promised a little bit of everything – humor, love, angst, drama, and action. The epilogue was bittersweet – everything is as it should be.  A perfect ending to a fabulous series. 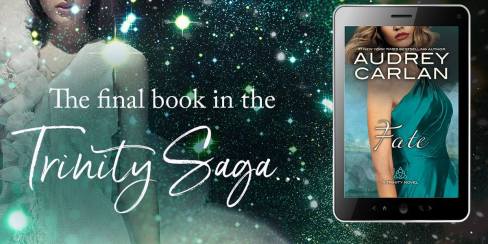 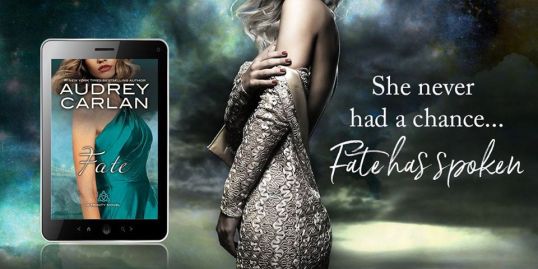