Whoa! This book is scandalous alright! The heroine is barely of legal age and the hero is thirty-three.  They are definitely an unconventional pair.  I am going to be honest, I had a hard time accepting the age difference at first.  She is pretty much a teenager, but in the end, I think that is the whole point of the story – people are flawed, different.  No one is perfect.  Life is not perfect.

Edie’s father and Trent are business partners.  Edie just graduated and her father thinks she needs a dose of reality.  Edie is forced to work with her father’s company being the “office b*tch”, servicing everyone with whatever they need.  Edie and her father don’t get along but he has a big hold on her in the form of her mother and Theo, so Edie is always at his beck and call.  The first-time Trent laid eyes on Edie was at a barbecue party.  The second time they met he caught her robbing his mother’s purse.  The third time they met she was working under him.  Trent is not pleased with this news in the least but he cannot fire her because she is the closest one to be able to get any response from his little princess verbally or otherwise.  The more Edie is around Trent the more he is attracted to her.  Trent comes off as all alpha, cold hearted, brooding, rarely speaking to anyone.  Edie is young but not innocent.  She has a weight on her shoulders and that makes her grown up way beyond her years.  Their relationship is not cute, sweet or lovey-dovey – it’s all carnal f*ck*ng, crass, and lust.  But they share one thing in common, they both hate Edie’s father – a calculated, deceitful, heartless man.  With all the drama surrounding Edie’s father, they bond and their feelings grow to something deeper.  Edie has a secret of her own.  Can Edie and Trent weather their stormy lives and unfortunate circumstances to find their own happiness?

This storyline is different – there is a huge age gap difference and an interracial relationship.  The characters are well-developed, strong hearted, and deeply complicated.  The secondary characters are intriguing too – Luna is adorable and the on/off boyfriend of Edie (Bane) is a surfer bum and an interesting character.  The plot is a bit mysterious and dramatic.  Some parts had my heart pounding from anticipation.  I am glad Edie’s father got what he deserved.  Over all, this love story isn’t roses and sunshine – it’s forbidden, flawed, emotional and plenty of sex and passion.

Start the Series of Standalones Today! 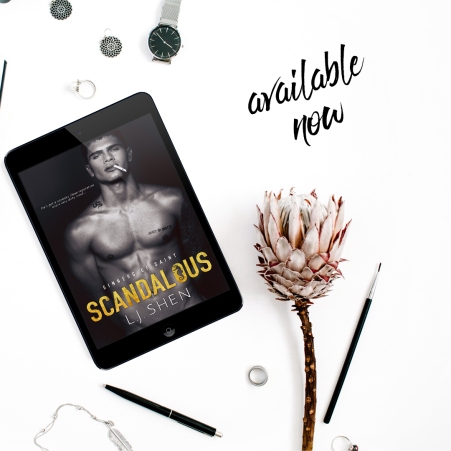