MISADVENTURES OF A GOOD WIFE

Kate and Price Lewis had the perfect marriage—love, fulfilling careers, and a great apartment in the city. But when Price’s work takes him overseas and his plane goes down, their happily-ever-after goes down with it.
A year later, Kate is still trying to cope. She’s tied to her grief as tightly as she was bound to Price. When her sister-in-law coaxes her into an extended girls’ trip—three weeks on a remote Caribbean island—Kate agrees. At a villa as secluded as the island, they’re the only people in sight, until Kate sees a ghost walking toward them on the beach. Price is alive.
Their reunion is anything but picture perfect. Kate has been loyal to the husband she thought was dead, but she needs answers. What she gets instead is a cryptic proposal—go back home in three weeks, or disappear with Price…forever.
Emotions run high, passions burn bright, and Kate faces an impossible choice. Can Price win back his wife? Or will his secrets tear them apart?

Meredith Wild is a #1 New York Times, USA Today, and international bestselling author of romance. Living on Florida’s Gulf Coast with her husband and three children, she refers to herself as a techie, whiskey-appreciator, and hopeless romantic. She has been featured on CBS This Morning, The Today Show, the New York Times, The Hollywood Reporter, Publishers Weekly, and The Examiner. When she isn’t living in the fantasy world of her characters, she can usually be found at:
Facebook.  Instagram  Twitter

#1 New York Times and USA Today Bestselling author Helen Hardt’s passion for the written word began with the books her mother read to her at bedtime. She wrote her first story at age six and hasn’t stopped since. In addition to being an award winning author of contemporary and historical romance and erotica, she’s a mother, a black belt in Taekwondo, a grammar geek, an appreciator of fine red wine, and a lover of Ben and Jerry’s ice cream. She writes from her home in Colorado, where she lives with her family. Helen loves to hear from readers.
Facebook     Website   Twitter 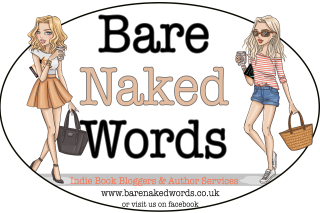