Blog Tour for A Shot In The Dark by L.J. Stock.

Synopsis
Life had never been simple for Miki Quinten. Her mom had died when she was eight, and in the aftermath of their loss, her father turned his grief into alcoholism, inadvertently converting their home into a melting pot of debauchery. Unwilling to be put into the foster system, Miki takes control of her own life and becomes invisible to almost everyone but her best friend and godmother. It stayed that way until her junior year in high school and the sudden, unexpected crash landing of Childress High’s star defensive end, Dustin Hill, into her life. The unlikely pair are thrown together and discover they have more in common than either of them thought, and before either Miki or Dustin are prepared an unbreakable bond is formed between them. The only problem is, Dustin’s already in a relationship, and his controlling family have made it clear they want him to stay there.Against Miki’s better judgment the two grow closer until fate’s twisted sense of humor intervenes and everything in Miki’s world is scattered, plunging her into a crisis she’s not sure she will ever recover from. 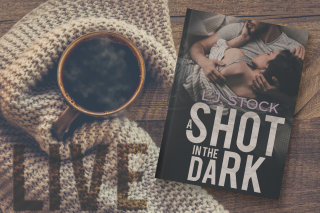 Meet the Author
From a young age L.J. Stock was led by her imagination. From the moment she could read she fell into worlds where trees could talk and little girls could move things with their minds.
In no hurry to grow up, she found stories all around her, in the forests of Plym Bridge, the moss covered hills of Dartmoor, then, as she grew older, the wide spread city of Houston, where she currently resides and works. A constant daydreamer, she hopes that one day, her passion can become something more than just a hobby for her.
Still led by her imagination, the worlds have slowly grown from childish adventures to urban fantasies and romances. With inspirational authors such as Enid Blyton, Roald Dahl, Judy Blume, John Grisham and Stephen King guiding her through her life so far, L.J. Stock has finally decided that it is time for her to go for gold and try land herself on someone else’s future list of favorites.
Putting words on paper is as essential as breathing to her, but on the rare occasions that she isn’t writing, she can be found with a video game remote in hand or curled up on the couch with her pup and a good book. Music is also such an important part of her life, it’s a wonder there isn’t a background soundtrack playing wherever she goes.
A good girl to most, a bad girl to a few, L.J. believes that every genre should be attempted and is more than likely to have tried to release three hundred series’ ranging from vampires and werewolves, to dystopian and even classic romance, before she reaches even middle age. At least, that’s the plan for now.
Facebook