Blog Tour: Misadventures with a Rock Star by Helen Hardt.

Misadventures with a Rock Star

Add to your TBR

Heather Myles isn’t exactly thrilled to accompany her groupie roommate to an Emerald Phoenix concert. The aspiring screen writer would rather be home with a good book. After Susie pleads with her, though, Heather relents. What the heck? Maybe a change of scenery is just what she needs to combat her desolation over getting turned down by yet another small production company. 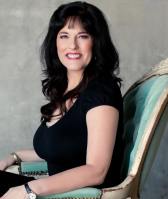 #1 New York Times and USA Today Bestselling author Helen Hardt’s passion for the written word began with the books her mother read to her at bedtime. She wrote her first story at age six and hasn’t stopped since. In addition to being an award winning author of contemporary and historical romance and erotica, she’s a mother, a black belt in Taekwondo, a grammar geek, an appreciator of fine red wine, and a lover of Ben and Jerry’s ice cream. She writes from her home in Colorado, where she lives with her family. Helen loves to hear from readers.
Visit her here: https://www.facebook.com/HelenHardt
Twitter                  Instagram
Buy Links for all Helen’s Books: http://www.helenhardt.com/book/
Join the official street team for Helen