Check out chapter one of ON THE CORNER by Nina Bocci. 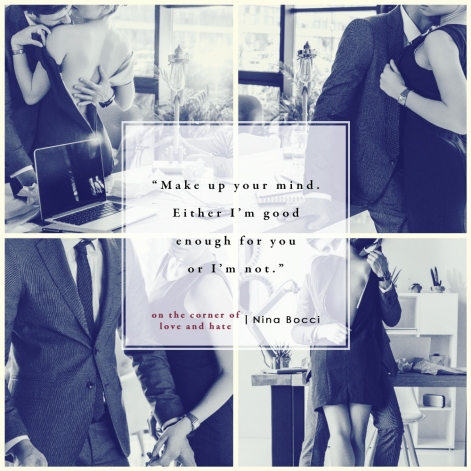