Genevieve Daylee didn’t expect to be standing in front of a judge on her twenty-seventh birthday. But ever since her life became entangled with a former motorcycle gang, she’s learned not to expect anything but trouble.

Her mother, a woman she once admired and adored, is gone, leaving behind a trail of secrets and lies. She’s living in a tiny apartment above a garage owned by her brother, a man who loathes her very existence. And the father she met beside her mother’s grave is as much of a stranger as Isaiah Reynolds, the broken man with soulless eyes standing beside her in front of the judge.

Isaiah is her protector from the murderer at large in Clifton Forge. Though he’s more like a riven knight in dented armor than a prince on a white stallion. She knows next to nothing about him, other than he works as a mechanic. As of tonight, he’ll be sharing her bathroom.

And, according to the judge, Isaiah is now her husband.

Riven Knight is book 2 of Tin Gypsy series and Meghan March hit the mark again. I was intrigued by Isaiah and Genevieve in book one because something happened in that cabin and things were not quite right between them. Genevieve is a bright independent woman who is currently on her way to become a lawyer. So how come all the sudden she uplifted her life and moved to nowhere Montana? Genevieve recently found out her mother was murdered and they have yet to find the person responsible. Is that really a good enough reason to leave her life behind? Within days, Genevieve was married to Isaiah in a quick court house wedding in secrets Well jeez louise! If I’d known better, this woman lost her damn marbles You need to read this story and find out what all this madness is about. I really love the marriage of convenience idea – I actually can’t remember the last time I read something like this. You would think that two strangers who are forced to live in a small confine space would be awkward, but not these two. The author did a phenomenal job conveying the slow burn chemistry between Genevieve and Isaiah and the genuine love they have for each other. I also enjoy the heart-pounding suspense, the mystery and hidden secrets, and the twists and turns that got my stomach in knots the entire way.

Riven Knight is fantastic. Beautifully written, has a unique plot and well developed characters. (You get a glimpse of all the characters in Gypsy King as well). This one can be read as standalone as it is a different couple but you should read Gypsy King first to get the background story of the whole gangs. 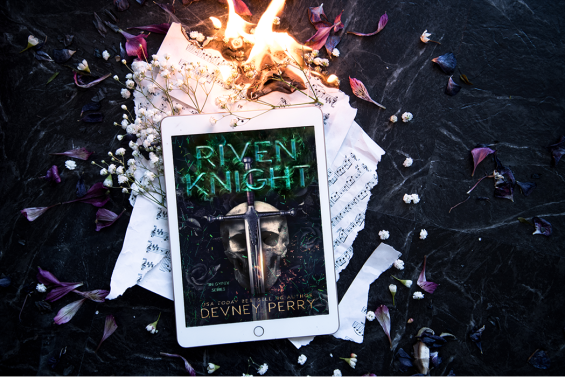