Title: Not Pretending Anymore
Authors: Penelope Ward & Vi Keeland
Genre: Standalone Contemporary Romance
Release Date: April 12, 2021
BLURB
Finding a good roommate through a classified ad isn’t as easy as it sounds.
I was starting to lose hope.
Until a knock at my door came and God answered my prayers.
Except…uh…wrong prayer, God.
I’d definitely requested the big guy find me a drop-dead gorgeous man on more than one occasion…just not as my roommate.
Declan Tate talked me into interviewing him anyway.
While he was amusing and charismatic, I wouldn’t have been comfortable living with a man, so I regretfully declined.
Then cupcakes showed up at my door—freshly baked by Declan and just as sinfully delicious as he was.
You could say he was persistent.
I eventually folded. It wasn’t like I had another viable candidate anyway.
Plus, I was interested in someone else. And Declan was into another woman. So it wasn’t like anything would happen romantically.
After he moved in, the two of us became the best of friends. We even started to give each other advice on getting our crushes to notice us.
Eventually, Declan concocted an idea: we should pretend to be a couple to make our love interests jealous.
I was hesitant, but went along with it anyway. To my utter shock, his crazy plan worked.
Now I was dating the supposed man of my dreams, and my best friend had the woman of his.
But there was one problem.
I couldn’t stop thinking about Declan.
Those feelings we were trying to fake?
Yeah…I wasn’t pretending anymore.
OMG. Declan and Molly are the cutest. Molly is looking for a female roommate. After several shady interviews Molly was losing hope until Declan showed up at her front door. He got everything Molly ever wants except the wrong body part  – good looks, charming, polite, good baker  LOL after mysterious cupcakes started showing up at Molly’s front door, she finally gave in and agreed for Declan to move in. Molly is interested in a doctor she works with, and Declan is also crushing on a co-worker. Besides, Declan is only looking for temporary residence until his work assignment is over. What could go wrong, right?
Vi and Penelope knocked this friends-to-lovers out of the park. So stinking cute, undeniable chemistry, awesome banters, slow-burn, delicious sexy romance. Declan is total hotness, charming, fun, and caring. Molly is adorable. I did not expect the emotional part though, but that’s what made the storyline extra special. This book got all the feels. Devoured in one sitting ❤
ADD TO GOODREADS
PURCHASE LINKS
AMAZON US / UK / CA / AU
Free in Kindle Unlimited
ALSO AVAILABLE IN PAPERBACK & AUDIO
PAPERBACK / AUDIOBOOK 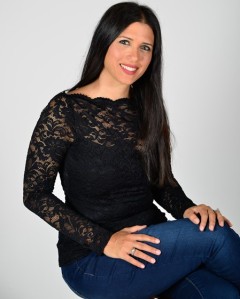 Penelope Ward is a New York Times, USA Today and #1 Wall Street Journal bestselling author of contemporary romance.
She grew up in Boston with five older brothers and spent most of her twenties as a television news anchor. Penelope resides in Rhode Island with her husband, son, and beautiful daughter with autism.
With over two million books sold, she is a 21-time New York Times bestseller and the author of over twenty novels. Her books have been translated into over a dozen languages and can be found in bookstores around the world.
FACEBOOK
FACEBOOK GROUP
INSTAGRAM
TWITTER
VI KEELAND

Vi Keeland is a #1 New York Times, #1 Wall Street Journal, and USA Today Bestselling author. With millions of books sold, her titles have appeared in over a hundred Bestseller lists and are currently translated in twenty-five languages. She resides in New York with her husband and their three children where she is living out her own happily ever after with the boy she met at age six.
FACEBOOK
PROFILE / PAGE / GROUP
WEBSITE
TWITTER
INSTAGRAM 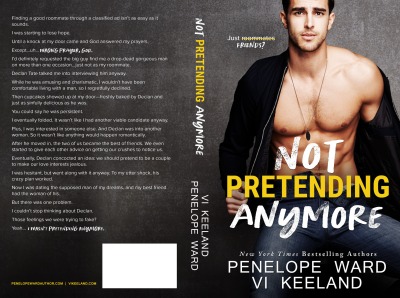