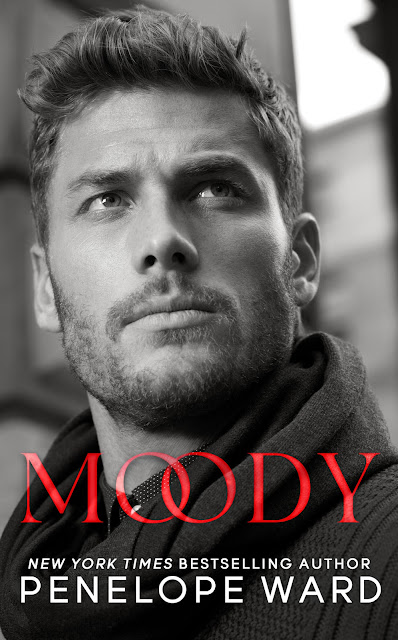 Title: Moody
Author: Penelope Ward
Genre: Standalone Contemporary Romance
Release Date: August 22, 2022
BLURB
From New York Times bestselling author Penelope Ward, comes a new standalone novel.
The day I showed up to Dax Moody’s sprawling home, I had no idea what was coming.
As a traveling massage therapist, I was used to entering the houses of strangers.
But this assignment was different from any before it.
From the outside, I’d correctly assumed the owner was rich. What I didn’t realize was that he would be younger than I’d imagined, single, stunningly gorgeous, and mysterious.
Despite the fact that Dax had booked a massage, it never actually happened, since our first appointment was unexpectedly cut short by a comedy of errors.
Certain I’d never see him again after that day, I’d done nothing but think about the captivating man.
To my surprise, he called a second time. That appointment, we talked a lot, developing a stronger connection. But once again, there was no actual massage.
The man I now affectionately called “Moody” kept calling me to come back.
It took three times before I finally gave him the massage he’d ordered. Let’s just say it was challenging to keep things professional. I was extremely attracted to Dax, and by that time, I was falling hard.
Eventually, I’d find out why he’d been so aloof, the reason why he and I could never be together.
Our story was supposed to end there, but it didn’t.
Instead, I was left perpetually longing for a forbidden man.
ADD TO GOODREADS

Whoa! Did not see the little twist in the story coming… Wren is a traveling massage therapist. Dax Moody is a successful, wealthy and well broody man  The day Wren showed up to Moody’s mansion for an assignment she did not know her life would turn upside down. It was a comedy of errors on Wren’s part. She was kind of quirky and a bit clumsy in an adorable way – something funny happened and she ran. Moody did not want a massage in the first place but to Wren’s surprise he invited her back. As it turned out, she was vetted very carefully but not for any reason you could have guessed. I was definitely surprised! Can’t give anything away though or it gonna mess up your reading experience. Best go in blind. I really enjoy this story – Wren and Moody have great chemistry from the start. Love the banters and the sexual tension. The romance starts out slow and there were some years apart before they found their HEA (there is a good reason for this). Their romance was slow burn, forbidden – they tried to stay away from each other but fate has other plans 😉 I like that this story is more than a typical romance. It’s an emotional heartfelt story about friendship and family as well. Beautifully written and unique.

Penelope
Ward is a New York Times, USA Today and #1 Wall Street Journal bestselling
author of contemporary romance.
She grew up
in Boston with five older brothers and spent most of her twenties as a
television news anchor. Penelope resides in Rhode Island with her husband, son,
and beautiful daughter with autism.
With over two
million books sold, she is a 21-time New York Times bestseller and the author
of over thirty books. Her novels have been translated into over a dozen
languages and can be found in bookstores around the world.
AUTHOR LINKS
FACEBOOK
FACEBOOK GROUP
INSTAGRAM
TIKTOK